In our territory, the main production of wine is concentrated in the area of South and Southeast Moravia. This Moravian tradition, which was founded at the beginning of the colonization by the Romans, dates back to the Great Moravian Empire. The greatest boom of the winery dates to the 17th century. At the end of the 20th century, new technologies and new generations of winemakers appeared, bringing new traditions to the sector.

The most widespread varieties include Müller Thurgau, Grüner Veltliner and Welschriesling. Every year you can visit vintage, which are celebrations of wine. The most famous and largest vintage is in Znojmo, Mikulov, Brno and in Bohemia in Mělník.

This area consists of four sub-regions and a large number of wine-growing villages. It is situated mainly in the fertile lowlands of the South Moravian Region and in the southern part of the Zlín Region, in the vicinity of the Dyje, Jihlava, Svratka and Morava rivers. This area has very good conditions for vinification of white wines.

The center of Great Moravia, a hillfort in Mikulčice, was in the past a place where the wine tradition began to develop. The wine was mainly used for liturgical purposes. Thanks to the monasteries, wine growing has been extended to other areas of Moravia.
This tradition is followed by the reign of Charles IV, who not only lets Moravia bring vine seedlings from the Bourgogne region, but also French winemakers arrive here. As a result, the cultivation and subsequent processing of wine not only improves, but also extends to other areas.

At present, the uniqueness of this place lies mainly in the large number of family wineries, which honor tradition and are enthusiastic about what they do.
Wines produced in South Moravia are fresh, aromatic and full, mainly due to the fact that the vine maturation proceeds slowly, thanks to which it not only concentrates, but also retains a large amount of aromatic substances.

In the past, wine was one of the king´s drinks. Do you want to enjoy this royal drink? Then there is nothing easier than to visit our e-shop and choose a quality wine from our offer. 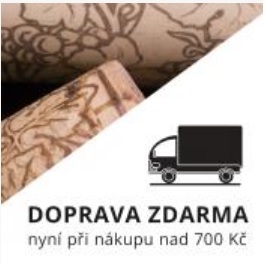